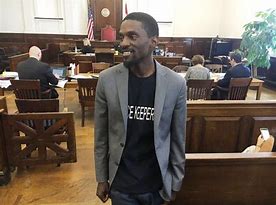 Rep. Bruce Franks, Jr. represents District 78 of St. Louis City in the Missouri House of Representatives. He was elected to his first two-year term in November 2016.

In addition to his legislative duties, Rep. Franks, Jr. is a small-business owner, operating Kwik Tax Services for six years in St. Louis City. In 2015 he was appointed Police Community Liaison by the St. Louis City Police chief. He also has served as a regional organizer for Generation Progress and is the founder of 28 to Life, a youth violence-prevention organization. Rep. Franks, Jr. graduated from Lindbergh High School in 2002 and has strived to serve his community in his adult life. He was born in St. Louis and lives there with his wife. They have seven children.