Amy is a licensed clinical social worker who has worked as a therapist and consultant, counseling people and groups in managing stress, relationship issues, and family situations. More recently, she has been a life and relationship coach, which has included such functions as facilitating organizational development and change and leading group classes on healthy relationships and conflict resolution. 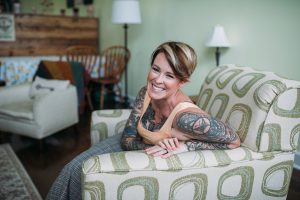 Nancy is the Office Administrator and has worked at the Ethical Society for almost 20 years. Her job includes a variety of duties. She takes care of the payroll, pays the bills, posts the pledges, schedules building use, and mostly just tries to make sure everything is running smoothly around the office. She is happily married and the mother of two grown sons. In her spare time, she enjoys spending time with family and friends, playing games, and traveling.

Armando Bayolo is a composer with an international reputation whose works have been performed in Europe, the Caribbean and across the United States. As a composer who refuses to be pigeonholed, Bayolo has written in every known classical/new-music genre save film. Recent major works have included two symphonies (Akhmatova, for four female voices and large ensemble, and Once More We Saw the Stars for orchestra), several works for winds (Dispatches from the Anthropocene, Last Breaths), chamber music (Holbein Dances for SOLI Chamber Ensemble; Till Human Voices Wake Us for quartet Invoke; Los Caprichos for Great Noise Ensemble) and soloists (Neruda Enamorado, a song cycle on toxic love for soprano and piano; Memorias vagabundas, his “memoirs in music” for solo piano). Current projects are Show Offs, a cycle of four concertos for various instruments and ensembles, to be premiered between 2022-2025, and the “grand chamber opera,” Che, about the life of famed revolutionary Ernesto “Che” Guevara.

Bayolo is also an active performer and producer. For 15 years he was the founder and Artistic Director of Great Noise Ensemble, developed and curated a critically acclaimed New Music series at the Atlas Performing Arts Center, both in the Washington, DC region. He’s also produced festivals at Southern Illinois University, Carbondale, the 75th birthday festival for Louis Andriessen in Washington, DC, and led concerts of his and others’ music throughout the world. His music is available through Murphy Music Press and at www.armandobayolo.com A lifelong learner herself, Louise is also an educator at heart. As Social Media Manager, she collects and shares Ethical Society stories and news in order to spread awareness of our awesome community. Louise considers herself a Humanist and is truly inspired by people who are dedicated to empowering others. In her down time, she enjoys spending time with her husband, Luke, their 14-year-old son, Keenan, and their numerous pets, which includes two guinea pigs named Gertrude and Francis. 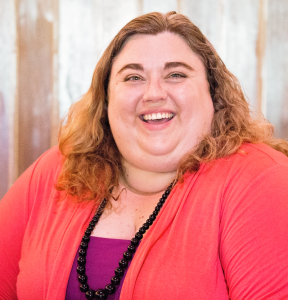 From an early age Laura Nottingham has been a part of congregation settings. She graduated top of her class from Texas Bible College and although she is no longer religious she has been seeking a community to connect with. She strongly agrees with the goals of the ethical society and is excited to be joining the team. In her free time she love spending time with her two pups and creating art.