The Nominating Committee members – Bob Pickard, Carol Bartell, Carole Beere, Alan Easton, and Ann Eggebrecht – are pleased to submit to the Board and to the membership the following nominees for the Ethical Society Board of Trustees: 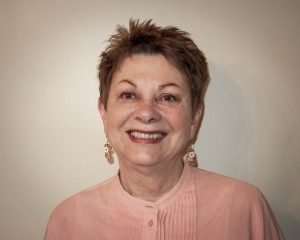 Stephanie Sigala joined the Ethical Society in 1996, meeting and marrying her member husband, Jim Rhodes here. She has been active at Ethical ‘out of the box’ : participating in, chairing and coordinating over 10 committees. Her last Board participation was 2010-13. She is now Usher Co-Chair and will chair the Lay Leadership Development Committee.

Stephanie worked as an art historian, professor, and administrator at several Midwest colleges before moving to St. Louis in the 1980s. She retired as Senior Educator at the St. Louis Art Museum in 2007. She now volunteers as a Master Gardener and MBG docent, for Kirkwood Library, and for Senior Connections. In all these things, the Ethical Society is central to her core interest in the creative and ethical potential of every person.

Currently on the Board and serving as Secretary. 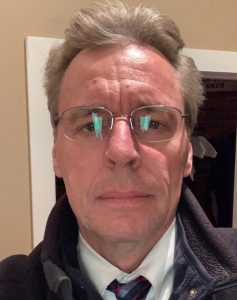 Ray Preston was born and raised in St. Louis.  To answer the ultimate St. Louis question–he graduated from Normandy High School in north St. Louis County.  Before he graduated from college he dropped out for a semester and backpacked around Europe with a college buddy.  They crashed on couches, hitchhiked, caught rides with friends of friends and sometimes slept in train stations.  It was a great coming-of-age experience.  After returning to Mizzou he earned a Bachelor’s Degree in History and then went on to earn a Master’s Degree in Journalism at the University of Missouri.  For the past 32 years he has worked as a journalist.  He has been a reporter, photographer, editor, producer and/or news anchor at television stations in Amarillo, TX, Salinas, CA, Springfield, MO and Oklahoma City.  For the past 22 years he has worked at KMOV (CBS) in St. Louis. He is married to Lisa Manzo-Preston, a Content Manager at Ameren.  In 2013 they were looking for a welcoming, open-minded community and were attracted to the Ethical Society of St. Louis.  They joined a short time later.  Ray and Lisa have two children.  Their son lives in Denver and their daughter is a very grown-up middle schooler. 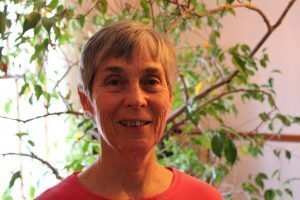 Kayla Vaughan and her husband Dennis Roach joined the Ethical Society in 1991, when their sons were 2 and 5 years old.  Kayla retired from practicing law in 2007. Her career included serving as a housing staff attorney and family managing attorney at Legal Services of Eastern Missouri and a term as municipal judge for the City of St. Louis in its environmental court division.  She now works part-time as a personal trainer and group exercise instructor at the Y.  She has been active in a variety of roles at the Society over the years and presently serves as a planning coordinator for the Tuesday Women’s Association, co-leads Laughter Yoga, coordinates 2nd Sunday Greeters, and participates in many other Ethical Society groups and regular activities.  Kayla loves the Ethical Society.

Note:  Ethical Society By-Laws allow for additional nominations to the Board, via petition.  Members in good standing may be nominated to open Board positions by written petition, signed by at least ten active members and filed at the Society office at least 30 days prior to the Annual Membership Meeting (May 15, 2019).  If the nominee-by-petition is running to be an officer of the Board, the position must be specified.